Nine Days Program of Fat Smash Diet: Is It Safe? Are you looking for reliable diet program that won’t need that long to see the result? Well, be careful. The current trend shows that anything that works great on some public profiles like actress, singers and those famous figures can really sell fast in the market. Remember, it is your body and if anything bad occurs, it is you who will be responsible for the decision. It has been a recent trend of dieting in less than a month. The faster the program works, the better it is. Fat smash diet program claims only nine days for dieters to lose weight. It is reported that the method is developed by Ian K. Smith, MD and has quickly become a favorite for Hollywood celebrities.

The basic question is, if it has been so favorable and quickly shown a real result, how safe is this diet? The vision of this program is not making dieters fixing their body mass. Instead, the diet promotes healthful eating habit, choosing foods that can make a dieter feel full as well as pushing her/ him to exercise hard. The meal plan consists of low calorie food that is stated to be simple to follow. The lists of foods that are allowed to consume are quite various and won’t make a dieter bored. The method claims a reduction of six to eight pounds of weight in the first stage of the diet.

The overall fat smash diet plan actually covers ninety days and consists of four stages. The first stage is a detoxification period and only last within nine days. The principle is simple. In order to start up a healthier and cleaner body condition, calories are extremely cut and lots of water is consumed to flush out all the bad substances from the body. The meals are programmed between four to five times per day and skipping any scheduled meal is strictly forbidden.

In the second stage, the length is extended into three weeks and more variation of food is re-introduced to the body. Consuming lean meats, whole egg, cheese, cereals from whole grain, butter, non-fat mayo, coffee, lemonade, fruit juice and diet soda. The third stage is four weeks and combining the first and second stages food plan with a bit of more portions. Bread and past can be consumed for the first time in the third stage. In the last stage, the fourth, it is claimed to be the level where retaining the gained weight can be made forever. Here, potatoes, pizza, wine and beer are allowed although control over portion is still tightly performed.

How does fat smash diet actually work so that it is claimed to be effective and healthy at the same time? The key success of the diet is claimed to rely on the change of eating habits and how a person sees her/ his relations with food. Since there is no counting of calories performed, the way one controls the portion is depending on the menu and how the body reacts over the food eaten. Balance is very crucial. During detoxification stage, the only way to beat food and calorie cravings is only through consuming lots of veggies and fruits. Many people fail their diets or unable to maintain the lifestyle they once applied because the approach is incorrect. Trying too hard to omit some food elements and sacrifice to starve will result in ineffective program.... The numbers of diet method that are based on scientific or medical research are not that many. Most of the exposed ways are developed by nutritionists or personal trainers. The effectiveness of those methods are claimed... 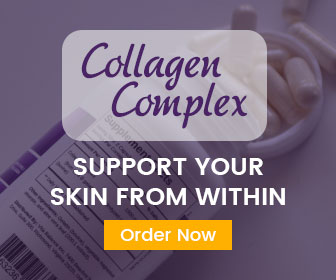 Diet Consult Pro is a great resource with useful articles, tips and advices.
For a healthy long life you should have a good diet. Before going in vacation abroad consult an expert about what to eat there, not all foods found in Vietnam or other places in Asia will be good for you.